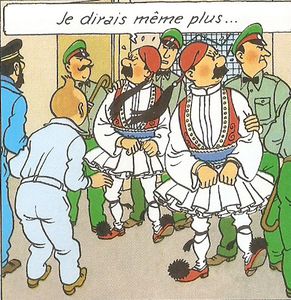 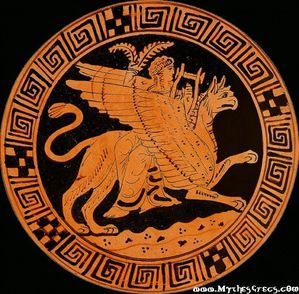 Can you tell us where this idea to launch Jean-Claude Biguine in India came from? Who got this idea?

When we took over this project to identify the markets for beauty, BRIC nations emerged as the countries with untapped potential in this space. The growth figures specifically in India were quite encouraging (beauty industry growing at the rate of 30% annually) for an organized chain of salon and spa to explore the market. It came across more as a challenge to consolidate the fragmented Indian market and to establish a brand which will lead in organizing this industry.

With the trends like rising purchasing power and discerning Indian consumers, who are well travelled and are exposed to International trends and fashion, it became quite imperative to fill the need gap of a one-stop beauty destination with luxurious experiences accessible at premium price-points. Now, it’s been over 3 years and we have successfully launched 5 salons in Mumbai and 1 in Bangalore and have further aggressive expansion plans.

Jean-Claude Biguine is a subsidiary of the French company or a franchise?

We were told that the business is expanding? How many salons do you have now? Jean-Claude Biguine currently has 6 outlets in India (5 Mumbai and 1 Bangalore) and has future expansion plans too. In Mumbai, Jean-Claude Biguine has its flagship salon located in Bandra, spread across 5000 sq ft. with three layers.

The brand also went into a strategic tie-up with Aditya Birla’s retail arm called Madura Garments to be their grooming partners in their retail venture called The Collective. Through this partnership, we have one salon presence in Bangalore and one at The Palladium, Mumbai. We recently independently launched three more salons in Mumbai at Kemps Corner, Juhu and Colaba capturing the so-called platinum strip of the city.

Is it true that each salon is managed by a French hairdresser?

All our top stylists in each of our salons are expert French hairdressers. However, our salons are managed by experienced and efficient Indian professionals.

Well, we do have local flavours in all our services that comes from extensive 2 years trainings of our French stylists and Indian experts before working on the floor. Our international collections are now slightly tweaked considering India and Asia at large as a market.

Our stylists make sure that they localize their expertise to suit Indian needs and they regularly get trained on the same. Some of our make-up products that are only meant for European skin do not get launched in India and hence, there will be change in the menu depending upon various regions. But otherwise, we thoroughly believe in consistency across.

The response has been overwhelming. Our flagship store in Bandra received immense response which led us to expand rapidly.

What are your plans for the future?

We received an immense response from our flagship salon in Bandra and decided to rapidly expand and cover what we call the platinum strip in Mumbai. With our successful launch of Kemps corner outlet, we went ahead to provide the need gap which exists in the salon industry by providing an organized, head-to-toe beauty destination to our western suburbans. Immediately, we will be looking at opening more salons in Mumbai and simultaneously explore Bangalore and Delhi. We plan to open 50 salons in the next 5 years and that’s what we are focussing on. For the same purpose, we are exploring various avenues of partnerships, presence in luxury hotels, independent salons in high streets and other interesting collaborations which come our way. a group chief Ratan Tata has said he is surprised why fellow tycoon Mukesh Ambani wants to live in the opulence of a billion-dollar home in south Mumbai.

"It makes me wonder why someone would do that," Tata said in an interview published on Saturday in The Times newspaper of London. "The person who lives in there should be concerned about what he sees around him and (ask) can he make a difference," Tata said when asked about Antilla, the 27-storey Ambani home on Altamount Road. "If he is not, then it is sad because India  needs people to allocate some of their enormous wealth to finding ways to mitigate the hardship that people have." Expressing concern about the rich-poor gap, Tata said, "We are doing so little about the disparity. We are allowing it to be there and wishing it away."

The tycoon, who bought steel maker Corus and car manufacturer Jaguar Land Rover in 2006 and 2008 to become the biggest manufacturing employer in Britain, also questioned the work ethic of British managers, saying they did not "go the extra mile" unlike their Indian counterparts. "It's a work ethic issue. In my experience, in both Corus and JLR, nobody is willing to go the extra mile, nobody. I feel if you have come from Mumbai to have a meeting and the meeting goes on till 6pm, I would expect that you won't, at 5 o'clock, say, 'Sorry, I have my train to catch. I have to go home."

Stating that things were different back home, Tata added, "If you are in a crisis (in India), it means working till midnight, you would do it. The worker in JLR seems to be willing to do that; the management is not." He said earlier, JLR's entire engineering group would be empty on Friday evenings. But that had changed. "The new management team has put an end to that. They call meetings at 5 o'clock."

Tata, who is a member of British Prime Minister David Cameron's business advisory group and co-chairman of the UK-India CEO Forum, said India was lucky to have Barack Obama in the US and Cameron in the UK. "Both of them are open to ideas; they are very pragmatic in their views. Each of them feels that India is a land of some opportunity for themselves. I think he (Cameron) is doing something quite far-sighted because we really have long traditional ties with England."

Tata was the only person outside the government to have had two private meetings with the British PM during his first three months in office.